My Opa (grandfather in German) is one of the most fascinating people I know. His skills range from welding to cooking to removing blackberry stains to growing the best tomatoes in his greenhouse (which as you can likely guess he built all by himself). He is a man of all trades but most of all, he is a family man who loves to be surrounded by good food and company. Back in the day, I honestly have no idea when a company, then called Western Natural Gas in Alberta, Canada, provided recipe suggestions to its customers.  This recipe, which has been lovingly modified and bulked up since, came from that company oddly enough.  It is one of my absolute favourite recipes to make as it is simple and a definite crowd pleaser.  Unless you are vegetarian, I guarantee this will be a hit! 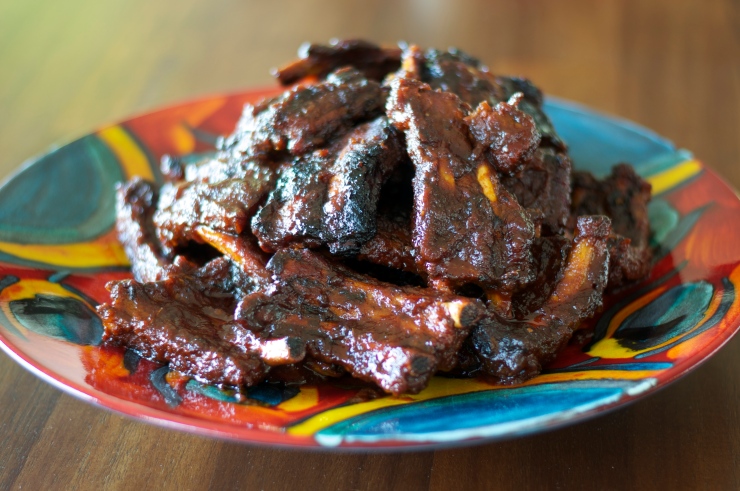 Mix the sauce ingredients together.

Brown the ribs on the BBQ. Then place them in a disposable aluminum pan and cover with the sauce. Cover the pan with foil.

Cook on the BBQ on a low heat until the meat is tender, stirring occasionally to prevent the sauce from burning.  Back rib racks take approximately one and one-quarter hours, country style ribs take longer.

View all posts by zucchinicarmama